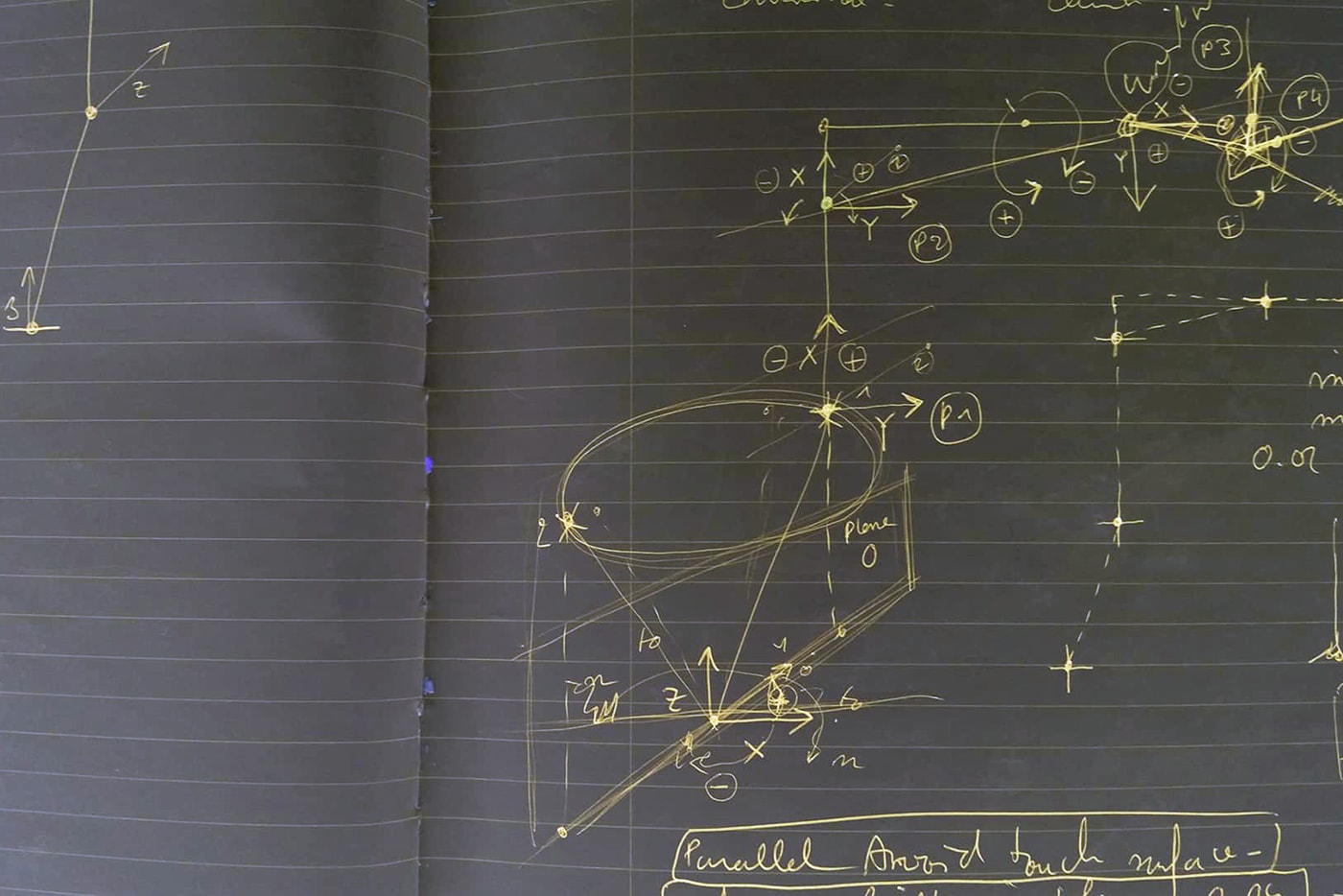 This is the first run of the self-made from scratch simulation code python/grasshopper/rhino applied to a real project.
As a first test, it shows the position of the work object is not optimal, as we see certain positions are not reachable (when the robot vanishes and you see a red bang instead), and the robot collides with the object.

next steps will be to test again repositioning the work object and approaching it for milling from the other side. A longer tool also would be good. When it works, build a suitable scaffolding to hold the piece in place, program the cut in steps with “bridges” to maintain the offcuts… well in 2 words, NOT READY, but on tracks.